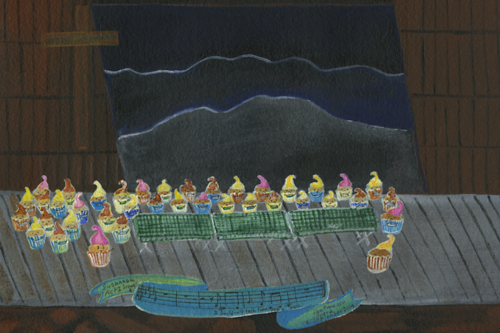 In Act I, Scene 4 of Susannah the title character has been shunned from the church dinner by the residents of New Hope Valley, Tennessee. Mrs. McLean (Catherine Cook) is instrumental in ostracizing Susannah.