Last weekend was the first time in five weeks that I did not see at least one opera. Not bad, considering it is not opera season in San Francisco. However, there was scant rest, somehow I ended up stage managing performances of Shahrzad Dance Company, as I was only the last piece. I pretty much want to abscond with a costume from "Delbar" (pictured below), as it includes that hat. The music "Delbar" sung by Sima Bina has finally replaced the I Puritani choral parts that have been running through my head since I was in Seattle. 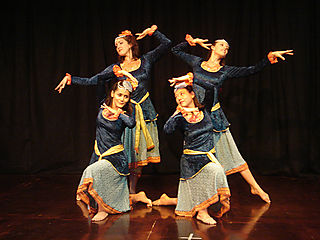 Last June I went to San Francisco Opera sixteen times (seventeen if one counts the rehearsal of Der Rosenkavalier I went to), and while that is excessive, one should note that there were only three productions, and only twenty-one performances. I only missed one performance of Don Giovanni because one of my best friends was getting her PhD that weekend, but I saw every performance of Iphigénie en Tauride.

When this season started, I told myself I was not allowed to go to the opera four times a week. I tried my best to monitor my opera intake, and I have improved. Here is the break-down, from September 4 to December 9, 2007:

Total: 28 of 56 performances, plus 3 rehearsals

I also went to see The Turn of the Screw at Oakland Opera Theater and Iphigénie en Tauride at Seattle Opera. Counting all performances and rehearsals, I went to the opera only about twice a week.

* Notes *
The alternate cast of Madama Butterfly performed the first of two performances at San Francisco Opera yesterday evening. Julian Smith did not take the tempi as fast as Runnicles, and though the orchestra was together, some of the woodwinds and horns did not sound their best. I believe the oboe sounded especially strange at the end of Act I, before the love duet, as Butterfly is undressing.

Marie Plette started off with lots of vibrato, and I was afraid I would be wincing for the rest of the evening, but once she warmed up, she sounded quite pretty. I remembered, when I read the program, that I did not like her in Seattle's latest Don Giovanni, but as Butterfly she was good. Her characterization of Butterfly certainly is different than Racette's, Plette is sweeter and more doll-like, she has more delicacy. Plette also has better posture. James Valenti was not as strong as Jovanovich in the role of Pinkerton. Vocally he was, at times, overwhelmed by both the orchestra and by Plette. His voice certainly is lovely, just a tad quiet. Valenti came off as milder in his acting as well, his movements were not as confident or boorish as they could have been. He was plaintive in his last appearance in Act II.

This particular production reads well in the back of the balcony, there were no times when I felt that OperaVision was revealing something I would have completely missed had it not been there. It was easier to appreciate how well Stephen Strawbridge's lighting design worked from further away. This time I also noticed that Butterfly's headdress is different than in 2006, instead of a circle of cloth, it is a drape of flowers.

* Tattling *
The house was not entirely full, though standing room was fairly crowded. I got to the box office a few minutes after 10 am, and was 22nd in line. I was able to stand behind an empty seat for the whole performance. There were quite a few latecomers that talked during the music in Act I, but by Act II the stragglers were comfortably in their seats. The applause was good and there were definitely sniffles, though Plette did not get a standing ovation in the balcony.

I was in my usual spot in the North Box Bar, having a champagne and strawberry dinner before the performance, and I left a bit early to go all the way to the top, intending to return at intermission. Apparently someone took the bottle of champagne to another table and started drinking it out of a water glass, and my server had to shoo him away. Hilarious! I do feel bad for the server though, it is no fun to have to ask people to behave themselves.

In that vein, my credit card was found yesterday, and I received a call about it in the afternoon, after I had retrieved my standing room ticket in the morning and returned to work in the East Bay. Unfortunate, given that I do not have time to get to the city early today, and they are not open on the week end. However, I am quite glad it has been found.

As an entertaining aside, I noticed quite a few women wearing Chinese or Japanese-inspired clothing to Madama Butterfly, including one person in a kimono and obi. I'm hardly one to judge appropriate attire, given that my main purpose in dressing up is to look as ridiculous as possible. However, I do find it odd that one would wish to dress up in the costumes of the culture being appropriated on stage. I don't think it is wrong, I just don't get it. The whole premise of Madama Butterfly makes me uncomfortable, so that certainly has something to do with it. Maybe next time Die Entführung comes to town I shall attend wearing a fez with my Turkish costume.

A couple of weeks ago I left my credit card at the North Box Bar, I think I must have been overwhelmed by the opening of Macbeth. The card was turned into lost and found, but I did not manage to get there in time, so they supposedly sent it to the War Memorial Executive Offices over in the Veterans Building. This morning I went over there, but alack, my card was not there, and had not been logged as missing. Everyone I talked to was very nice, but I think it is time to give up and cancel the card.

Just before that I went to get standing room tickets for tonight's performance of The Rake's Progress, and for the first time, was not allowed to buy more than two. I rarely need to buy more than two tickets, but usually if I need an extra, the box office people will sell me one. It just means I have to go to the box office again, which is not terrible, just not the most convenient.