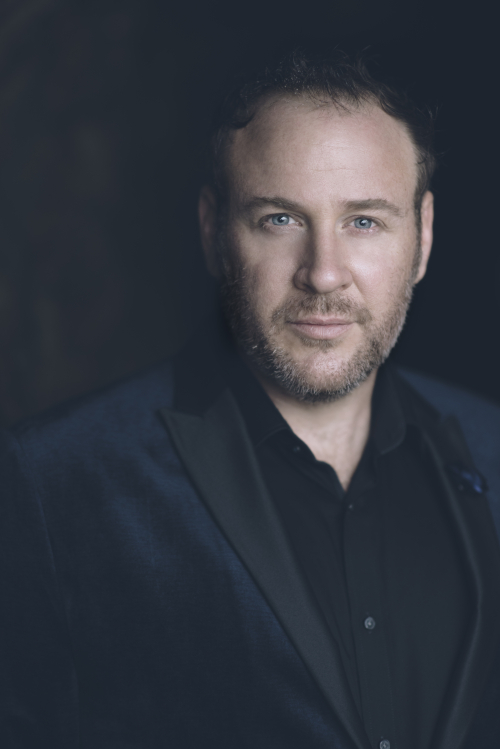 San Francisco Opera returns to live performance this April with Il barbiere di Siviglia in an outdoor drive-in production at the Marin Center in San Rafael. The performances star Lucas Meachem (pictured, photograph by Simon Pauly) as Figaro, Daniela Mack and Laura Krumm sharing the role of Rosina, and Alek Shrader as Almaviva. There will also be three Adler concerts in a similar format. Tickets go on sale on March 9 for donors and subscribers and March 23 for everyone else.

There are also a number of digital offerings in the spring, including free streams of the Ring Cycle in March.

Press Release | On Stage | Opera Is On 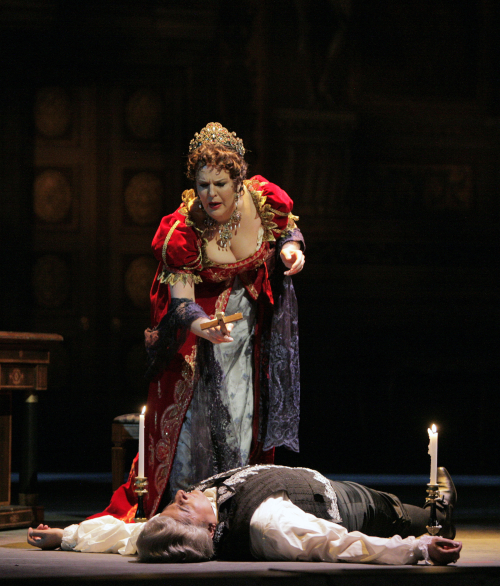 * Notes *
San Francisco Opera presented Tosca (Adrianne Pieczonka in the title role and Lado Ataneli as Scarpia, photograph by Cory Weaver) at Fort Mason Flix last weekend. The 2009 performance is not the latest production, but the previous one from 1997 for the War Memorial's reopening.

The orchestra, conducted by Marco Armiliato, sounded vivid. Lado Ataneli is quite an evil Scarpia, his voice has a nice heft to it. Tenor Carlo Ventre is an appealing Cavaradossi, he seems less delicate in the filmed version of this performance but the reedy quality of his voice is apparent. His "E lucevan le stelle" was lovely. Adrianne Pieczonka is a creamy-voiced and powerful Tosca. Her "Vissi d'arte" had me in tears.

This recording includes a lot of shots of the audience in the War Memorial Opera House. It was a little difficult to watch, not only because it is hard to imagine being that close to people inside without masks after all these months, but also because live performance seems so remote at this point and I, for one, sure do miss it.

* Tattling *
I was lightly teased by a staff member of Fort Mason Flix about seeing this opera by myself, which made me laugh, since I've basically been around my children and husband constantly for 335 days. I considered bringing my almost seven-year old to the screening but decided I wasn't ready to have to explain Scarpia to him just yet.

We were not supposed to leave our vehicles except to use the restrooms, and there were no concessions on the premises. I brought blueberries, apples, cashews, and cheese to snack on. Some cars had trouble keeping their headlights off, I was glad to see the staff had signs to indicate this to the offending patrons.

There is still a lot of daylight at 5pm when the screening I saw started, so it was a little difficult to see what was happening in some of the early scenes of the opera. It was very funny to see seagulls fly past the screen, after hearing them so much in the nearby Cowell Theater for years.