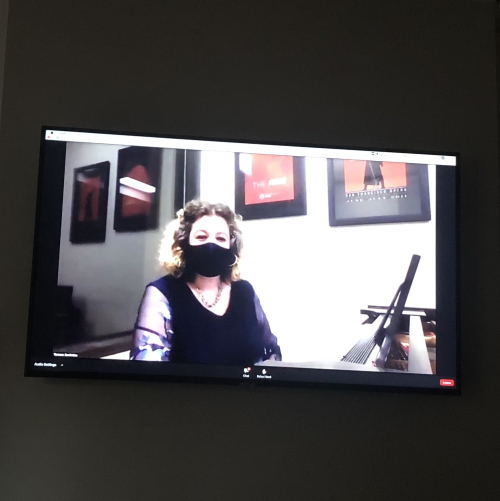 Sanikidze opened the performance with Three Intermezzi for piano, Op. 117 by Johannes Brahms, playing with richness and lyricism. She was in Merola in 2009 but has done musical preparation for San Francisco Opera as recently as Manon Lescaut and Rusalka last year. It was nice to see both her Ring posters from 2011 and 2018 in the background of her studio in Austin, Texas. She dedicated her second offering, Chopin's Nocturne in C-sharp minor, to Suzanne Turley, a devoted San Francisco Opera patron who recently died.

The second half of the program was three pre-recorded pieces from Edoardo Barsotti (Merola '14/'15), who is in Florence working at the Teatro del Maggio Musicale Fiorentino. Barsotti started with Jeux d'eau by Maurice Ravel, playing with a good deal of fire. His collaborative piano skills were on full display for Paraphrase on Verdi’s Rigoletto by Franz Liszt, he gets a lot of sound out of the instrument and a range of colors. I only know Morricone's music for Sergio Leone, so it was fun to hear Ennio Morricone's "Magic Waltz" from the film The Legend of 1900 as the last piece of the afternoon.

Tattling *
I couldn't get Zoom to play through my entertainment room's speakers, though I could watch it on my television. There was a bit of static during Sanikidze's portion of the performance, but nothing too terrible. My daughter listened attentively to her as she sat on my lap, but wandered off during Ravel to go play outside.

I cried during the Chopin, not only was Sanikidze's playing very moving, it made me think of my mother, who loves this composer and plays his nocturnes. I haven't seen her in person since February. I also will miss seeing Suzanne around, I never spoke to her but always liked seeing her jaunty hair bows when she was in the audience. 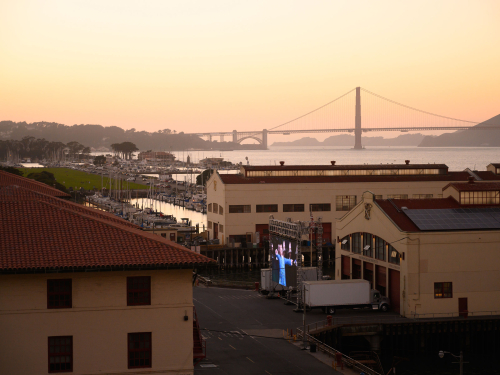 San Francisco Opera presents Puccini's La Bohème on November 20 and 22 at the Fort Mason Flix Drive-In, followed by Tosca on December 11 and 12. The 2008 production of Bohème stars Piotr Beczala and Angela Gheorghiu as Rodolfo and Mimì, the Tosca is from 2009 and stars Adrianne Pieczonka.