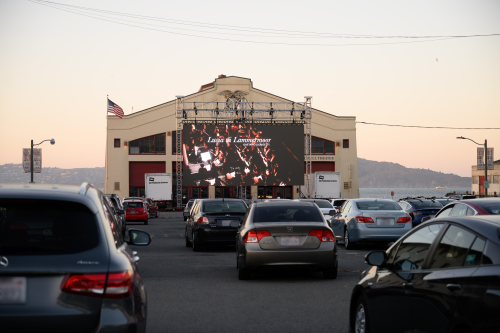 * Notes *
San Francisco Opera held a drive-in event (pictured left, photograph by Kristen Loken) at Fort Mason Flix yesterday evening. The opera screened was Lucia di Lammermoor from 2008 with soprano Natalie Dessay  in the title role. She is an incredible Lucia, and the filmed version captures this well. It was also flattering to the rest of the production.

The drive-in was orderly, the staff let each car in, first scanning tickets, then explaining which FM station to tune into to get the sound, and lastly leading each car to a space to allow for good sight lines. I was very pleased to see much of the house staff from the War Memorial, and glad to be in the third row near the middle in my compact hybrid.

There was strong enforcement of no lights from cars, drivers were admonished before the show began. Unfortunately, there were times when headlights and brake lights would turn on (including my own at least once) as cars would automatically shut off to conserve battery power.

Otherwise, the format is engaging, I preferred this to watching streams at home, it felt more like a real opera. It was nice to be in my own enclosed space without the normal distractions of small children or other ill-behaved audience members. It was noticeable how many coughs were carefully recorded in the audio when the orchestra was playing quietly.

Graham Vick's direction and Paul Brown's sets are suitably dramatic on the big screen. Dessay is both vulnerable and viscerally disturbing in her mad scene, it's clear how she's giving her all the the performance. Everyone sounded fine, better than I remembered live. Mezzo-soprano Cybele-Teresa Gouverneur didn't seem underpowered as Alisa, tenor Giuseppe Filianoti was only strained at times, and was always audible. The sextet was beautiful. It was lovely to hear the chorus and orchestra, they were consistent and powerful.

* Tattling *
It was very strange for me to be somewhat "out and about" doing something at least adjacent to what I would normally do before shelter-in-place. I felt extremely uncomfortable and could not bring myself to leave my car for concessions or the restrooms. It was good to see how many people wore masks outside of their cars but compliance was not perfect. 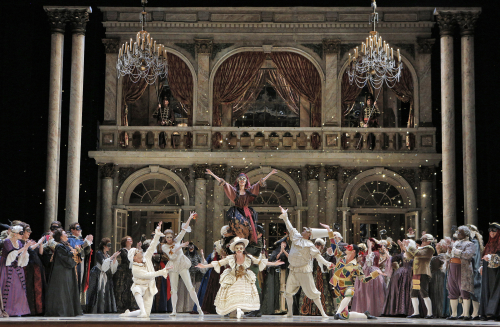 San Francisco Opera continues its streaming program Opera Is On with Donizetti's Lucia di Lammermoor on October 31 to November 1. The production is the one to be shown as a drive-in movie next Sunday. 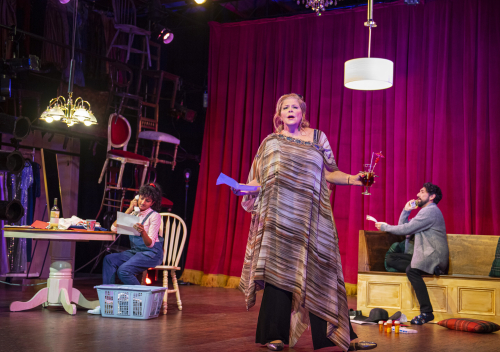 Tickets are $40 per household, which includes on-demand streaming access only, or $50 for the added admission to the post-show gala on December 3. 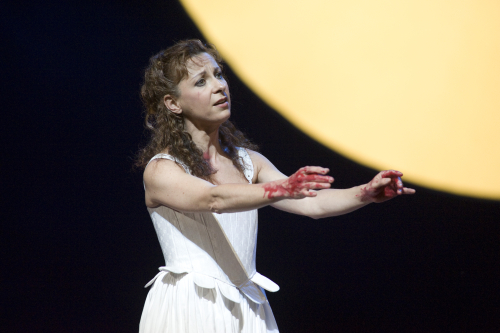 98 cars with pre-purchased tickets will be admitted starting at 5pm and social distancing enforced. Guests must remain in their cars during the opera and wear a mask when leaving to visit concessions or restrooms. 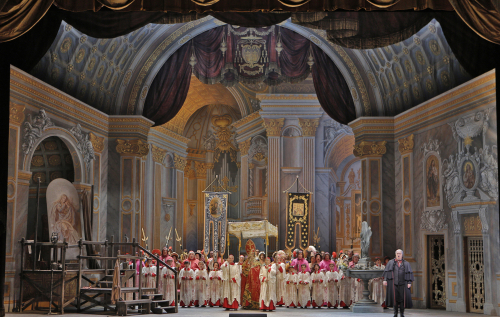 San Francisco Opera continues its streaming program Opera Is On with Puccini's Tosca (pictured left, photograph by Cory Weaver) on October 10–11. The production is the revival from 2014 that stars Lianna Haroutounian.