* Notes *
Last night the Merola Opera Program gave its first performance of the year with the Schwabacher Summer Concert at San Francisco Conservatory of Music. The singing shows a lot of promise and there were many distinctive voices.

The evening started with Act I of La rondine (Chelsea Lehnea, Anna Dugan, Amber R. Monroe, and Alice Chung pictured; photograph by Kristen Loken). I was impressed how well matched the singers are. Sopranos Chelsea Lehnea (Yvette) and Anna Dugan (Bianca) along with mezzo-soprano Alice Chung (Suzy) made a lovely trio. Tenor Victor Starsky is clear and warm as Prunier, though he struggled with his lowest note at the end of the act, he is charming with the very cute Hyeree Shin as Lisette. Shin's voice, though not perfectly controlled, is perfectly light and bird-like. Best of all was certainly our Magda, soprano Amber R. Monroe, whose voice is icily incisive without a hint of ugliness and warm resonances throughout her range.

Chelsea Lehnea showed that she's another very fine soprano in Act I, Scene 4 of Lucia di Lammermoor. Her voice is very pretty and flexible, and she sang beautifully with the plaintive tenor Salvatore Atti as Edgardo.

After intermission we heard Act II, Scenes 3 and 4 of Die schweigsame Frau, and soprano Hyeree Shin sparkled as Aminta while bass Stefan Egerstrom countered her with much gravity. The banter in German was easy to discern. We also heard Act IV, Scenes 5 through 8 of Faust. The orchestra, particularly the horns, sounded fuzzy here. Conducted by Craig Kier, was as last year, upstage behind the singers, and again there were synchronization issues, most obviously in the Gounod and Puccini. Bass-baritone Andrew Dwan is a very loud and powerful Méphistophélès, while baritone Laureano Quant made for a passionate Valentin.

Merola certainly saved the best for last with an arresting finale of Il trovatore. The orchestra had lovely moments, especially in the strings. Soprano Anna Dugan (Leonora) has a delicate sound, a good contrast to the dastardly Il Conte di Luna of baritone Jeff Byrnes, whose volume is quite intense. Victor Starksy's tenor is bright and lucid, but the singer that really had me on edge and paying attention was mezzo-soprano Alice Chung, whose Azucena is strong and otherworldly.

* Tattling *
The audience very attentive and quiet. We saw at least three former Merolini in the audience, including tenor Pene Pati and soprano Amina Edris. 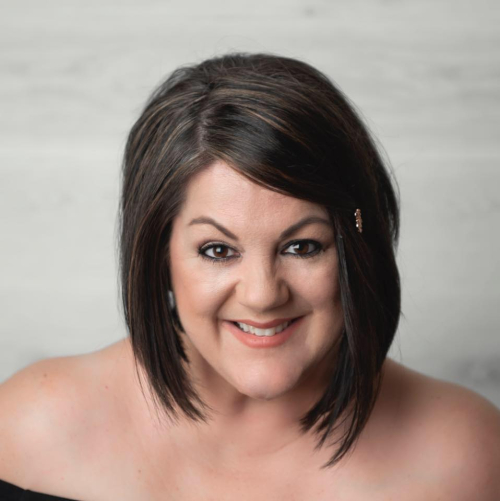 Soprano Christina Major (pictured left), known to Bay Area opera fans, especially in the South Bay, where she most recently appeared in West Bay Opera's I due Foscari. This week she is featured in four out of five concerts at the Midsummer Mozart Festival, which starts this Thursday in Berkeley and continues with performances in San Francisco, San Jose, Sonoma, and Cazadero.

You are from Texas, but have performed a lot in the Bay Area. Why is that?
You never work where you live. I got my professional debut at Opera San José when I was about 21, so I’ve built a lot of connections in the Bay Area. Lately I have been singing a lot at West Bay Opera, the general director his helping me build my resume with Verdi roles. Most recently I was Lucrezia in I due Foscari in February.

How did you become an opera singer?
I sang in the kid’s choir at church. I would also sing to the radio to the irritation of my older sister. She loves my singing now though! When I was 12 The Phantom of The Opera came out, and I was just blown away by it. I know it is a musical, but I had never heard that sort of singing before and I was immediately drawn to the sound. My church was charismatic, there was a lot of belting. So with The Phantom of the Opera, I would just try to recreating the sound and would sing all the parts, even the male ones. My parents would listen in and thought that I sounded pretty good doing that. They introduced me to a voice teacher who told us not to do anything with my voice until I was at least 15 and to come back for voice lessons then. That’s exactly what I did, getting voice lessons in high school. My voice is suited for opera. I can belt but I do not enjoy it at all.

You sing lots of Verdi and Mozart. What is it about these composers that suit your voice and your interests?
Mozart and I have always gotten along very well. I was with the right voice teacher for me from the start. I never had a bad experience in that regard and have been able to keep my voice healthy, which is great for Mozart. He knew the voice very well, he had an innate sense for what what sounds best and keeps the voice healthy and lined up. The music is very exposed, and so if you don’t have a healthy voice it shows right away.

Verdi is quite different, he is more explosive and less controlled. Mozart is written so perfectly and Verdi is more charged with unbridled emotion. I need to sing Verdi like I sing Mozart, to not be too heavy on the voice in order to keep it healthy. Mozart is like the trainer you go to to get into shape, if you can do that well, you will be fine.

Tell me more about what you are singing with the Midsummer Mozart Festival.
We are doing lots of varied repertoire, but I have sung most of the pieces many times, as with the two arias from Idomeneo (“Tutte nel cor vi sento” and “Idol mio, se ritroso”) and “Or sai chi lo “ from Don Giovanni. I haven’t done many of these since 2011 or 2012, as I have been moving to a rep for a bigger voice. So it is an exercise in what I just discussed with you.

It is a little harder now with a bigger instrument. I have to step back, reevaluate, and remember. The vocal memory is coming back but it is a challenge. As with “Et incarnatus est” from the C Minor Mass. It is for a lilter, lighter soprano. I love coloratura and the agility you need for Mozart.

You have a small daughter (I noticed she loves Peppa Pig just like my kids), what are the challenges of being a mom and being an opera singer?
The big word I’m looking for is balance. When I learned I was pregnant I was on the upswing as far as my career. The last concert I did with my daughter still in my belly was with George Cleve at the Midsummer Mozart Festival in 2015. I was about 21 or 22 weeks. It was wonderful. I was about to get on a plane to New York when my blood pressure dropped and I had to go to the hospital. My daughter was born at 24 weeks, and was one of these tiny one pound babies. So we were at the hospital for a long time with her in the NICU (neonatal intensive care). I didn’t sing for five months and canceled all my engagements including a Carnegie Hall debut.

I didn’t perform again until she was 7 months old. The love of singing hadn’t left but my body was pulling me toward my daughter. So the way we find balance is that we’ve built a village around her and us. My husband is fully supportive, as are my parents and in-laws. One hard part is that I can’t really sing in the house because my daughter has some sensory processing issues, though she’s getting a lot better with it, she can watch videos of my singing. But I have to find other places to practice.

You seem to like hockey. Are there affinities between opera and hockey?
I grew up an inline speed skater, I was on the national circuit around the same time as I first started singing. When I was 17 I had an injury, so that’s when I stopped. I missed skating so much though and 9 or 10 years ago I got invited to a hockey clinic, even though I didn’t skate on ice. But I decided to try it, and I got my legs under me in 5 or 10 minutes. I joined a hockey team and that’s how I met my husband. He was the goalie. These days, as my side hustle, I help run an adult ice hockey league. It doesn’t jive at all, I’m probably the only person who plays hockey and sings opera. But it works for me!