Sounds like the reviews are mixed for San Francisco Opera's La Traviata (Act II, Scene 2 pictured left, photograph by Cory Weaver). Interesting, since it's the only offering this October at the War Memorial. * Notes *
Despite glowing reviews, I was apprehensive about hearing San Francisco Opera latest Elektra yesterday afternoon because I have never much liked the music of Richard Strauss. My doubts were dispelled almost at once, this stylish production has an excellent cast and conductor, and works both theatrically and musically.

Originally directed by Keith Warner in Prague last year, Anja Kühnhold has taken the reins here to fine effect. The opera is set in a museum, and looks very convincing. People wander around the exhibits before the music begins and even the announcement asking patrons to turn off devices has been switched to one for a museum rather than a performance. I really enjoyed the artfulness in the direction, the eye is drawn around the stage and there are surprises as far as the space and the entrances of singers.

The look of the set matches the singing and playing, everything is clean and crisp. Maestro Henrik Nánási had a promising San Francisco Opera debut, though the orchestra included 100 musicians, the music did not blare or overwhelm. The brass played neatly and the woodwinds sounded absolutely lovely.

The cast is top notch. Though I was disappointed that Stephanie Blythe was replaced by Michaela Martens as Klytemnestra in these performances, Martens was commanding in the role. Tenor Robert Brubaker simpered perfectly as Aegisth, while bass-baritone Alfred Walker (Orest) sang with power. The recognition scene of Orest and Elektra was incredibly creepy, and Walker definitely can act and sing.

In the title role, soprano Christine Goerke likewise is a respectable singing actor, though there isn't really a dance for her at the end, and this works perfectly well. Goerke has some beautiful deep rich low notes and a ton of endurance. Soprano Adrianne Pieczonka's sound as Chrysothemis is a very pretty counterpoint to Goerke, her high notes are so shimmery.

* Tattling *
I loved how quiet the balcony level audience was for this performance.

The end of the Elektra program (and I'm going to guess it is in the Turandot one also) has a "Postlude" from General Director Matthew Shivlock that addresses "Inclusion, Equity, and Opera." I liked that it recognized orientalism in opera and addressed building dialogue with new audiences, but remain vaguely skeptical as always. It will be interesting to observe what happens. 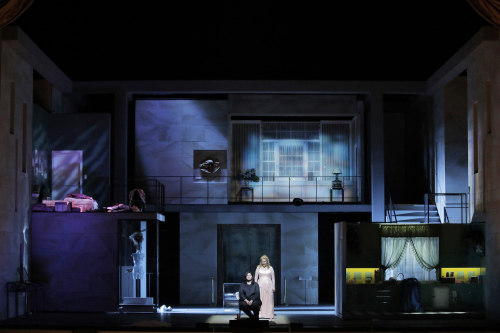 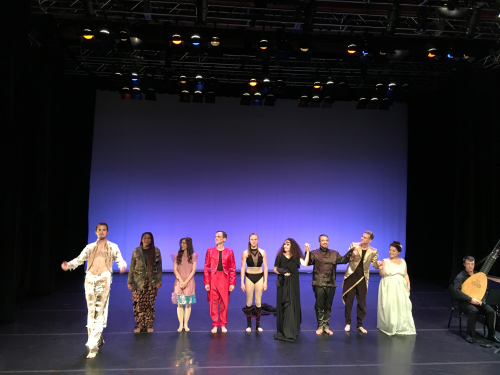 * Notes *
Ars Minerva gave the modern premiere of Pietro Andrea Ziani's La Circe last night at ODC Theater. It is almost alarming how pretty all the unknown music the group has uncovered is, this being the third Baroque Venetian opera the company has staged. It is clear that there is simply a ton of lovely pieces that languish in obscurity, as with Rameau's Le Temple de la Gloire that Philharmonia Baroque Orchestra did in April and Vicente Martín y Soler's L'arbore di Diana recently at West Edge Opera.

Ziani was the organist at Basilica di San Marco and then worked for Eleonor Magdalene of Neuburg in Vienna. He's a generation after Monteverdi and one before Handel, and operas in this period are not at all in the standard opera repertoire.

The music is perfectly attractive, and the plot of La Circe is a standard sort of convoluted Baroque opera inspired by a few lines from Ovid, which involves multiple overlapping love triangles. There is a gorgeous duet at the end of Act I between Pyrrhus and Andromaca, but mostly it is da capo aria after da capo aria for the various voices that highlight a certain low female or high male vocal range.

The breadth of Bay Area musical talent was on full display here and the diversity of sound was impressive. Mezzo-soprano Céline Ricci, also the leader of Ars Minerva and stage director of this opera, sang a focused and really quite frightening Circe. Her incisive, precise delivery is such a contrast with fellow mezzo Kindra Scharich's smooth, rich tones as Andromaca, not to mention Jasmine Johnson's vivid near baritone as Aegle (who pretends to be the male gardener Floreno for most of the show). The lone soprano was Aurélie Veruni as the hapless Scylla, so carefree and coquettish, wrongfully hated by Circe, who turns her into a sea monster.

The small orchestra included a harpsichord, two violins, a viola, and a theorbo. The playing was neat and astringent. My miswired brain tasted unripe persimmon after Glauco sees his love Scylla transformed, and oddly my teeth ached for the rest of the opera.

The staging featured the dancer Katherine Hutchinson. Her work with aerial silks was a wonderful spectacle. Her strength in her first dance and her skin-matching unitard got an audible gasp from the audience.

* Tattling *
I was mildly surprised about how many of my friends were in the audience, skipping the San Francisco Opera opening for this obscure gem. The audience was attentive and quiet, those that received flower crowns from Scylla in Act I wore them with pride.

The end of this opera was very abrupt. For the first time in more than a decade, I am going to skip to San Francisco Opera's opening weekend, as Ars Minerva presents the modern premiere of La Circe, an obscure Baroque opera this Friday and Saturday. I, of course, have a soft spot for Baroque operas and am not particularly interested in Turandot (though of course I will hear both casts, I'm sure).

This will be the third time Ars Minerva will bring an unknown Italian Baroque opera to the stage. This one is by Pietro-Andrea Ziani and hasn't been heard since the 1665 premiere in Vienna.

The semi-staged production looks to be an intimate affair, with eight singers, six musicians, and an acrobat performing at the ODC Theater in the Mission.

There are only two performances, this Friday and Saturday, so competes directly with San Francisco Opera opening night and the premiere of Elektra. Tickets for La Circe are available here.