Céline Dion auditioned for Kent Nagano in Berlin last June, and apparently he recommended Renata Scotto as a voice teacher. Nagano and the Montréal Symphony Orchestra are to perform with Ms. Dion at some point, and the program is reportedly operatic.

San Francisco Opera's 2008-09 Season Preview CD set came in the mail recently, and today I noticed that their podcast has also been updated. This the third season of David Gockley's tenure, and likewise the third time San Francisco Opera has sent out such CDs, in lieu of the yearbook of previous years. The cover of the CD set features Angela Gheorghiu as Mimi in the latest Met production of Bohème, instead of the Anna Netrebko photo used on the season brochure. Incidently, the Netrebko picture is also from the Met, the Romeo et Juliette that opened last year's simulcasts.

In his typically chatty fashion, Gockley introduces the season, discusses who will be performing, and gives the basic plot of each opera. He makes the claim that there are no Eurotrash productions this season, which is really no fun at all. How else will I be able to laugh whilst the SF audience boos?

The most attention is given to the world premiere, Stewart Wallace's The Bonesetter's Daughter, and notably the section on this opera is nearly 19 minutes long compared to the 10 or so minutes given to most of the others. Amy Tan speaks about writing the libretto, and the prologue of the opera is played, albeit with a synthesized orchestra. The most distinctive feature of the music is the use of the suona, which is a rather loud and almost annoying double reed instrument, not unlike the Middle Eastern/Central Asian sorna or zurna.

The introductions are useful, especially for the newer operas, as the aforementioned work from Wallace, Die Tote Stadt, Three Decembers, and Porgy and Bess. I was taken aback when Gockley mentioned the "Mongolian eyes and complexion" of Russian bass Vladimir Matorin, who was flown in to replace Samuel Ramey in Grand-Théâtre de Genève's Boris Godunov. This detail seemed irrelevant, not to mention odd.

In any case, I feel prepared for the season opener, Simon Boccanegra, which will be performed next week. After waffling for weeks about attending the BRAVO! CLUB Opening Night Gala, I've decided that this organization makes me feel uncomfortable at best and I do not have the necessary fortitude. Instead I will be in my beloved standing room, furiously scribbling notes, as usual.

Vancouver Opera's The Ghosts of Versailles

Vancouver Opera is going with the trend programing of contemporary opera, as seen in Los Angeles and San Francisco of late. The second largest opera company in Canada is presenting Canadian premieres of Nixon in China and The Ghosts of Versailles in the 2011-2012 season.

* Notes *
Seattle Opera's Aida closed yesterday at McCaw Hall. The production, directed by Robin Guarino, was suitably grand. Michael Yeargan's set was attractive, the background of the pyramids was especially lovely. The scene changes were, however, not seamless. The curtain was brought down for a few minutes at a time, and the audience lost interest as we waited, lowering the intensity of the performance. Even so, the costumes from Peter J. Hall were striking, in keeping with the style of the set, and displayed a command of palette. For instance, Aida's first costume in teal and rose contrasted well with Amneris' costume of coral and turquoise, yet the effect struck a perfect balance, and did not look tired or ugly in any way. Robert Wierzel's lighting enhanced the production, and made the set seem to glow. The Donald Byrd's choreography was a bit transparent at times. Having servants walk around as if they were Ancient Egyptian paintings simply made me think of The Bangles. Nonetheless, some of the dancing was quite good, especially the solo in Act I Scene 2.

The orchestra was in fine form under debuting conductor Riccardo Frizza. They did have some problems being exactly with the chorus in Act I. The horns and trumpets were very close to being in tune during the Triumphal March, and played better than usual. Vocally, the performance was good but not great. Mezzo-soprano Priti Gandhi sounded tentative as the High Priestess, though her voice does have a pleasing lucidity. Karl Marx Reyes sang the small role of the messenger nicely. Luiz-Ottavio Faria (Ramfis) was  a bit thin, and occasionally difficult to hear over the orchestra. He did sing well in the Act I finale. As Amonasro, Charles Taylor was not commanding, and one wonders why he is in the A cast rather than Richard Paul Fink. Taylor's voice is pretty, but was, at times rather gravelly for a baritone, and does not compare favorably to Fink's rich, full tone. I am unsure why former Merolino Joseph Rawley (King of Egypt) made almost no impression on me at all, just as before as Curio in Giulio Cesare a few seasons ago. Though not imposing, he sang well, though not exceptionally. Antonello Palombi was a bit uneven as Radames, he could be quite loud, but if he happened to be upstage he could sound muffled. His voice paired nicely with Aida's, having a reedy and vulnerable quality.

Lisa Daltirus started off shrill and screeching in the title role, and I was worried I would dislike her as much as Norah Amsellem (the tone-deaf soprano in Seattle Opera's Il Puritani earlier this year) or Andrea Gruber (who was to share this role with Daltirus, but mysteriously was replaced). Daltirus was always in tune, but her breathing was very audible and she showed some strain in her voice, especially at the top. Her lower range is pretty and she sang Act I's "Ritorna vincitor!" beautifully. The star of the evening, however, was Stephanie Blythe (Amneris). Blythe has good control and a warm but piercing quality that is impressive. She does have moments where her voice is less than creamy, a certain coarseness, but she did overshadow all the other singers.

* Tattling *
The audience was better than the typical Seattle Opera audience. There was no late seating, and the house looked completely full. Even standing room looked sold out. Someone was speaking during the first overture, but was quickly hushed, and after that only whispering was noted. There were no cellular phone rings, but there was a watch alarm near me at each hour, and at 10pm, I heard no less than 4 different watches sounding at different times.

Outside Lands was not particularly well-organized, at least, not opening night. Fences had to be taken down in some places, as the paths were not wide enough for all the people. The audience was combative, I overheard more than one loud confrontation. The sound went out twice during Radiohead, for about a minute at a time. It was surreal to watch them continue playing without hearing anything.

* Notes *
The Wordless Music Series had a sold-out San Francisco debut at Herbst Theatre last night. The concert featured the very solid Magik*Magik Orchestra conducted by Benjamin Shwartz. The evening began with John Adams' Shaker Loops (1978) for string septet, that is, three violins, one viola, two celli, and one bass. The piece is characterized by a good deal of itchy relentlessness in the fast bits and sliding loops in the slower parts. I found the literalness of the piece, the title interpreted as sound, to be quite pleasing. The mania relieved by unison in the last movement was also enjoyable. I was less crazy about Save As (2005) by Fred Frith, the work reminded me of a performance piece for art school. The cellist and percussionist involved both had fun, they got to fling tin cans around and crumple paper. The best gag was when a ping pong ball was thrown, it made a very satisfying noise as it hit the stage.

My favorite piece of the evening was at the beginning of the second half, Arvo Pärt's gut wrenching Cantus in Memoriam Benjamin Britten (1977) for string orchestra and percussion. Icarian Rhapsody (1999-2001) from young Mason Bates made little impression on me, though the music did evoke floating and waves. Radiohead lead guitarist Jonny Greenwood's Popcorn Superhet Receiver (2006) was less pretty. It started off insectile in the high strings, but with this floating over the warm glow of the low strings. The pizzicato parts were charming, especially a percussive flamenco-like section near the end. Overall the piece reminded me of being on an airplane and hearing the white noise in that situation as ethereal music.

The five works went together nicely, unlike how new music is often programmed. I much prefer this sort of concert to being tricked into hearing contemporary pieces because they are paired with famous classics. It was less jarring and there was not the palpable discomfort often felt in the symphony hall when anything 20th century or later is attempted.

* Tattling *
The audience was exceedingly well-behaved, there were absolutely no mobile phone rings, watch alarms, or talking aloud. The young woman next to me did text during the first half of the Frith, and whispered during Pärt. Another young woman behind me giggled at inopportune moments, but for the most part, one could have heard a pin drop during the rests. If only the audience at Davies could be this attentive!

I was in a roped-off section on the ground floor for press and such, and though I was mistakenly stopped before hopping over said rope, I still gleefully made my way to the very middle. Sidney Chen of The Standing Room stopped by to say hello, and noted that I was quite bold, and he sat on the aisle, being more demure or at least, wanting to make a better get-away. At intermission I was happy to see sfmike of Civic Center as well, where you can see both me and the inimitable Monsieur C.

Last week an email, in which mezzo-soprano Fiona Janes called Opera Australia "an abyss of mediocrity," was leaked. She met with board members of Opera Australia yesterday to discuss her concerns. 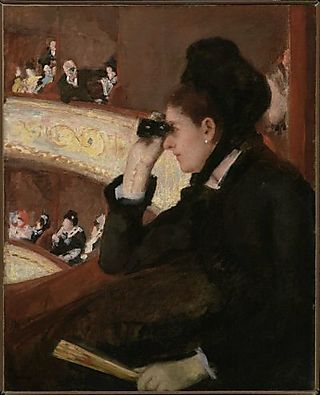 The firms Arkitema and Arkþing are to create the new opera house for Icelandic Opera near the Kópavogskirkja on Borgarholt hill. Based on folklore about the home of the elves, the designs can be seen on the Arkþing site (under Projects, Culture & Sports, Operahouse in Kópavogur).

Posted at 10:16 AM in Icelandic Opera, Painfully Absurd | Permalink | Comments (3)